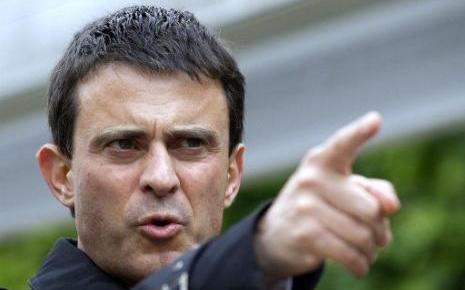 Interior Minister Manuel Valls defended on Monday France’s ban on wearing full-face veils in public places after a police check on a veiled Muslim woman sparked riots in a Paris suburb at the weekend.

The 2010 law was brought in by conservative former president Nicolas Sarkozy and targets burqa and niqab garments that conceal the face rather than the headscarf that is more common among French Muslim women.

A police check on a couple in the southwest suburb of Trappes sparked an angry confrontation that led overnight on Friday to a police station being surrounded by several hundred people, some hurling rocks. Another building was torched in several hours of street violence that led to six arrests.

“Police did their job perfectly,” Valls told RTL radio. “The law banning full-face veils is a law in the interests of women and against those values having nothing to do with our traditions and values. It must be enforced everywhere,” he said.

The suburb was mostly calm on Monday, although police who were pelted with firecrackers from rooftops overnight on Sunday made a further two arrests. The incident happened during the holy Muslim month of Ramadan.

France counts Europe’s largest Muslim population, estimated at around five million. Yet according to interior ministry figures only between 400 and 2,000 women wear the veil and only a handful have been ordered to pay a fine for wearing it. Critics say the law is patchily enforced as police seek to avoid confrontations in poor neighborhoods with high Muslim populations.

The rioting at the weekend was the first time the ban had let to an outbreak of violence. While Sarkozy singled out the suburbs as an area of special concern, Hollande has so far said they must be treated like any other part of France.

Valls said that while authorities would be tough in dealing with radical Islam it was not targeting ordinary Muslims. “I’m not confusing people who follow Ramadan with the people who wear the veil,” he said.

While the veil ban is obviously indefensible, that wasn’t the subject of the protests in Trappes. As a statement by the Muslim woman who was subjected to the police check indicates, she was prepared to co-operate with the police by lifting her veil. What she objected to was her mother being pushed around, and the resulting violent, racist response of the police. The issue here isn’t the veil ban as such, but rather accusations of police harassment.