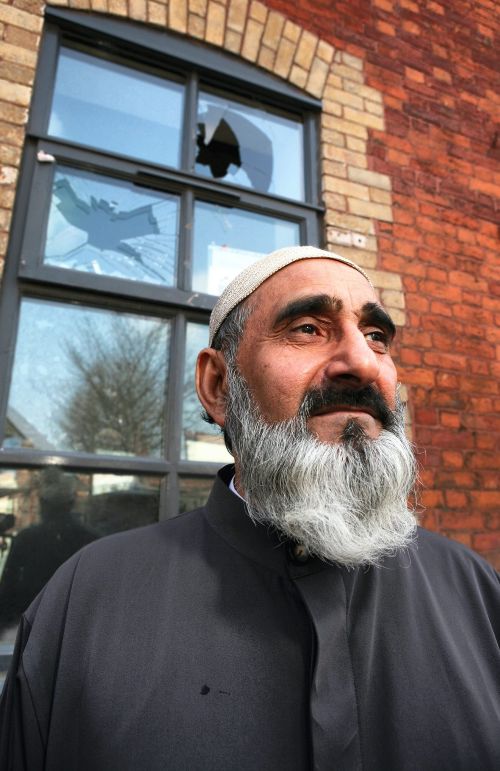 Vandals carried out two attacks in one night on a mosque. They were captured on camera as they removed fencing and threw bricks through the windows.

The vandalism is the latest in a spate of racially-motivated attacks on the premises in Liverpool Road, Eccles. CCTV cameras were installed after a break-in 2006 when intruders caused extensive damage.

Ali Anees, chairman of the Eccles and Salford Mosque, said:

“We have had problems regularly. In March, someone threw paint over the outside of the mosque and wrote graffiti. Then at about 2am last Saturday two men got into the grounds. One is on film throwing bricks which had been taken from a wall of a neighbouring building. They attacked the building twice in about 20 minutes. Three sections of the windows were smashed and bricks were found inside the office of the mosque. We had another incident in March when eggs were thrown at people leaving the mosque by people driving past.

“After a lot of damage was caused in 2006, we had people come forward to help us and in the last two years we have spent £425,000 on new buildings. We have up to 500 members and they are very angry about the attacks. We want the culprits caught.”

One vandal is seen to hurl at least five bricks through windows and temporary fencing is pulled down. Det Chief Insp Bill McGreavy, of Salford Police, said: “We are treating these incidents very seriously and believe they are racially aggravated. Anyone with information should contact us.”