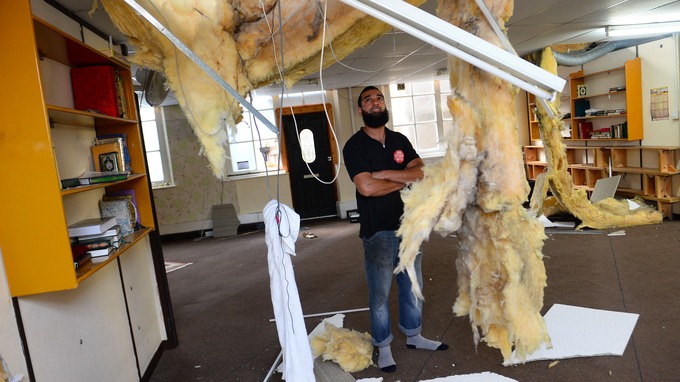 A Cardiff mosque has been forced to close after being smashed up by intruders. Police are investigating after the Rabbaniah Islamic Cultural Centre suffered thousands of pounds of damage after burglars pulled down the ceiling and ripped charity boxes from the walls.

The cultural centre in Grangetown was completely wrecked by the intruders who stole at least £4,000 of money stored in charity collection boxes and locked safes containing wages for staff.

The burglars first broke into the main hall but then rampaged through the mosque and cultural centre – tearing down the internal roof to get up to the office on the first floor. Computers were stamped on, CCTV cameras were pulled from the walls and doors have been kicked through.

Mr Farid said there was hope the vandals would be caught because despite the CCTV cameras being taken the hard drives still remained. South Wales Police say they are investigating and are appealing for information.