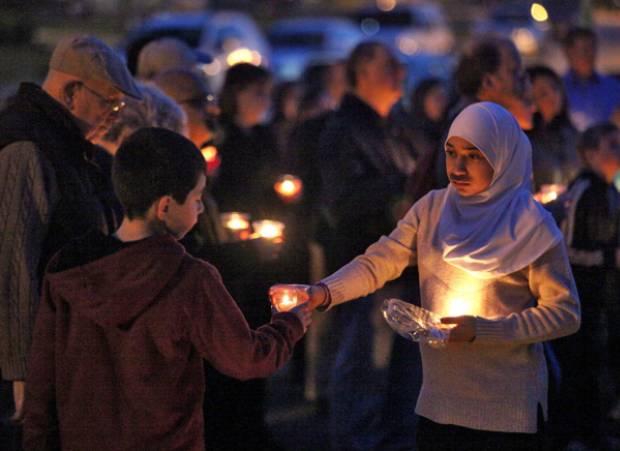 Heba El-Hosseiny passes out candles at a unity vigil outside the Hilliard home of Mohamed Soltan, who escaped with his roommate from a fire set there before dawn on Jan. 16. The Council on American-Islamic Relations-Ohio sponsored the event in response to what it views as a hate crime. The house had been painted with anti-Arab and anti-Islamic slurs months earlier. Hilliard police and the FBI are investigating.