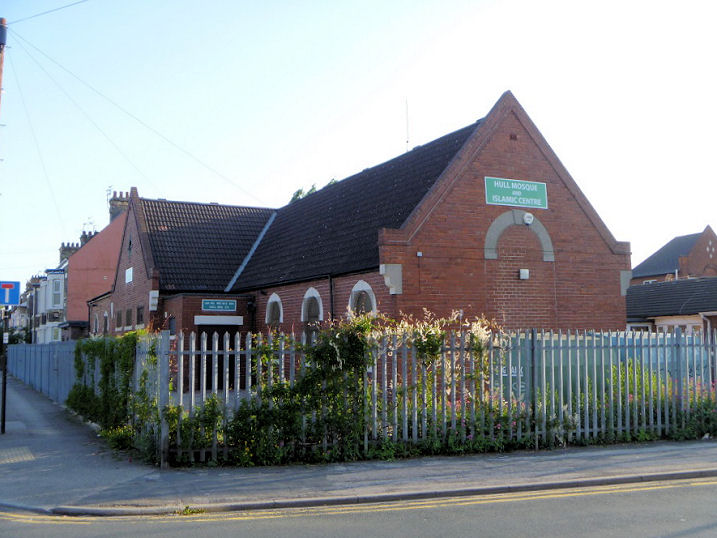 The leader of the Hull city mosque has appealed for his congregation not to take the law into their own hands after he was attacked by a man who stopped his car on the way home from the mosque.

Details of the assault on Imam Hafiz Salih, 60, have only just emerged. His son Ateeq Salih said his father was driving home last Saturday evening from his daughter’s house next to the Hull Mosque and Islamic Centre when two men and a woman tried to stop his car.

“They ran into the middle of the road and he had to do an emergency stop. He beeped the horn at them,” said the imam’s son. “One of the men lay down in the road right in front of the car. My father was confused and thought he was injured. Then the man slowly got up and went to the car and opened the door. My mum was sitting in the front and my youngest sister was in the back. He looked at all of them and he punched my father very hard in the face. It was a very forceful punch and my father’s face was covered in blood. Then the man walked away.”

Ateeq Salih said it was too early to say whether the attack was racially motivated as the man had not said anything when he opened the car door. The imam suffered a severe eye injury and it is not known whether he will regain the sight in his injured eye.

Humberside police officers attended the mosque for Friday prayers to reassure the 1,000-strong congregation. The imam is a well-known figure in the city, and sits on both council and police boards, and works with other faiths to promote understanding. His son led prayers on Friday and passed a message to the congregation from his father. “He sent them a message of peace and unity and told them that no one should take the law into their own hands,” he said.

Humberside police have issued an appeal for information. A statement said: “Police are appealing for information in connection with an incident on Spring Bank West, Hull.

“Around 2230 hours on Saturday 30 November 2013 a family were driving along Spring Bank West in the direction of Chanterlands Avenue, Hull. Close to the junction with Hymers Avenue two men and a woman caused the vehicle to stop. One of the men then assaulted the driver of the vehicle causing a serious injury to his eye.

“The offender is described as being a white man, 5ft 6in tall, well-built and aged 25-30. The man had short brown hair and was wearing a dark stone-coloured jacket, shirt and trousers.

“Police would like to speak to anyone who may have witnessed the incident or who can help to identify the persons involved.”

Earlier this year the English Defence League held a march in Hull, in the course of which an anti-fascist demonstrator was similarly attacked and punched in the face by an EDL supporter named John Claydon. Of course, there’s as yet no link established between the EDL and this latest attack, but the failure of the court to impose a prison sentence on Claydon, which was sharply criticised at the time, can only have given the green light to anti-Muslim thugs who are minded to use violence to further their cause.