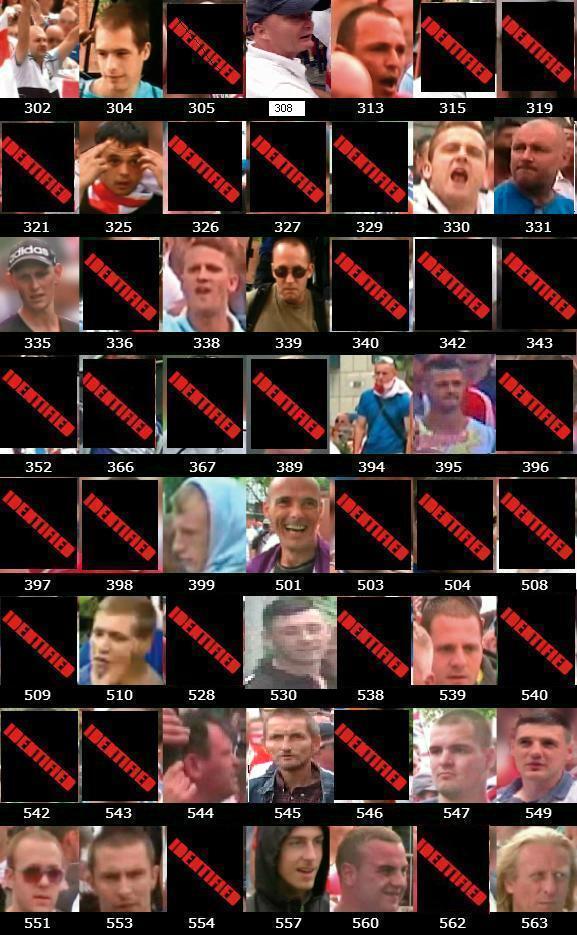 Police have still not identified the above individuals wanted for questioning in connection with violent clashes at an English Defence League march in Birmingham last year.