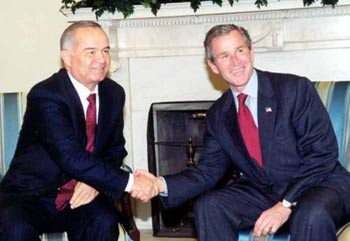 “The bodies of hundreds of pro-democracy protesters in Uzbekistan are scarcely cold, and already the White House is looking for ways to dismiss them. The White House spokesman Scott McClellan said those shot dead in the city of Andijan included ‘Islamic terrorists’ offering armed resistance.”