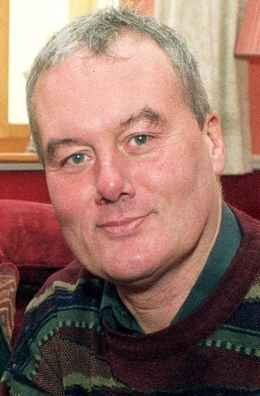 “Jihad can be formed as a result of the teachings of an imam, but it boils down to a personal contract between Allah and the believer, based on an extreme interpretation of Islam…. This notion of a personal contract with Allah, that authorises a believer to break even the most civilised and civilising laws of the Koran, is a sure-fire recipe for murderous irrationality and social anarchy. And these have become the defining feature of almost every Muslim society in the world….

“… somewhere inside the greater Islamic mind is an absurd sense of victimhood: and where there is no local grievance, why then there is always ‘Palestine’, as if those few disputed acres in the vast Islamic landmass of Afro-Asia merited the unanimous and indignant global furies of all Muslims, from Delhi to Dearborn. This same querulous organ of self-pity also resents Muslims becoming the subject of intelligence operations after an Islamic atrocity….

“This is a sealed moral system, an internal autonomy that is immune to penetration or logic. Fear of such accusations of Islamophobia – phobophobia – almost certainly prevented Major Nidal Malik Hasan’s superior officers from disciplining him for his public jihadist outpourings. Pre-emptive action would certainly have been portrayed by the liberal media as Islamophobic discrimination against a patriotic Muslim, and would have enraged that reliable stock-character of media portrayal, ‘moderate Muslims’. Thirteen genuine patriots are now dead as the price of such phobophobic appeasement.

“More importantly, the US must now wake up to the consequences of its open-door immigration policy, just as Britain did four years ago after July 7. The subsequent pattern will presumably be similar. Watch now, as ‘victimised’ American Muslims close ranks, the burka and the hijab become commonplace amongst their womenfolk and the rest of the US asks in tones of awestruck horror: My God, what have we done?”

For earlier examples of Myers’ thoughtful comments on the issues of Islam and migration, see “Forget lily-livered liberalism, time to take stand and say we don’t want Muslim immigrants“, and “Huge areas of Britain have become foreign colonies. That could be tomorrow’s Ireland, too“. The latter piece was enthusiastically endorsed by the BNP.