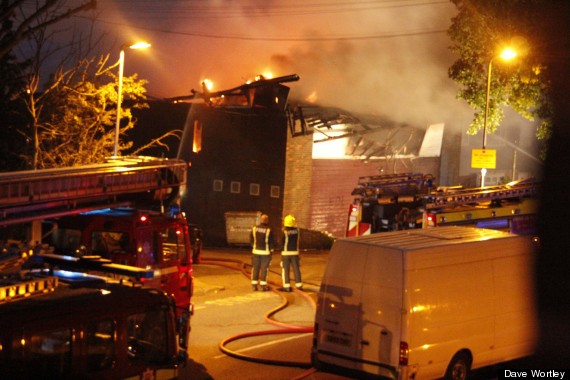 “Who needs Tommy Robinson and the EDL, when Islamophobia has gone mainstream?” The question is posed by Mehdi Hasan at the New Statesman and Huffington Post.

He provides some good illustrations of how the bigoted rhetoric of former English Defence League leader Stephen Lennon (“Tommy Robinson”) is barely distinguishable from the anti-Muslim propaganda of the mainstream media. Mehdi of course has a point here. Indeed, it has long been obvious that, in addition to the inspiration provided by the international “counterjihad” movement, a large part of the EDL’s ideology derives from right-wing newspapers like the Mail, the Express and the Daily Star. However, Mehdi concludes from this that Lennon “is an irrelevance. So, for that matter, is the EDL. The hate-filled antics of these balaclava-clad thugs have distracted us from a much bigger issue: Islamophobia went mainstream long ago, with the shameless complicity of sections of the press.”

This seems to me to be a false argument. That the existence of mainstream Islamophobia is often either underestimated or denied outright is undoubtedly true. And Mehdi is correct to stress that “the denialism about rampant Islamophobia, on the left and the right, has to stop”. But this shouldn’t lead us to ignore the fact that the EDL, and Lennon personally, have played a distinct role in inflaming the Islamophobic sentiments of a thuggish minority among the population and encouraging them to translate their anti-Muslim hatred into violent action.

Over the past week alone we have seen two men with EDL connections admit to an arson attack on a Gloucester mosque, and another EDL supporter from Sandwell jailed for shouting racist abuse outside a Muslim family’s home while brandishing an air rifle. It was also reported that the car of a Muslim community leader in Brentford had been vandalised and a threatening note left claiming to come from the EDL. A young EDL member from Loughborough who is currently on trial facing charges under the Terrorism Act, having allegedly accumulated weapons and explosives with the stated intention of “taking some Muslims down” and blowing up a mosque, claimed to have been in contact with Stephen Lennon and was said to have “glorified” the EDL leader.

An examination of the incidents that took place during the backlash over the Lee Rigby murder – which ranged from threats and racist abuse on social media through to arson attacks on mosques and Islamic centres – also shows that many of the perpetrators were linked to, or inspired by, the EDL. Geoff Ryan, who received a prison sentence for an attack on an Islamic centre in Braintree, in the course of which he brandished two knives, threw a smoke bomb and shouted “I’ll kill you Muslims”, was a longtime EDL activist. The unknown individuals who burnt an Islamic centre in Muswell Hill to the ground sprayed the letters “EDL” on the building before setting fire to it. Footballer Shaun Tuck, who was jailed for tweets in which he urged people to “bomb and gas every mosque in England” and called for Muslim children to beheaded, declared his support for the EDL.

So the EDL and its former leader have been far from an irrelevance. And even if Lennon’s defection destroys the EDL as a functioning street protest movement, the damaging effects of that movement will not cease. Lennon has spent the past four years whipping up his followers into a frenzy over the supposed threat posed by sharia law, Muslim rape gangs and the Islamic takeover of Britain. If these furious anti-Muslim racists no longer express their hatred through drunken demonstrations, that won’t make them any less likely to regard acts of individual violence against the Muslim community as a legitimate alternative.