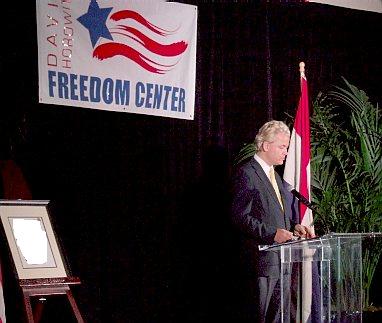 American lobbyists make large donations to a foundation set up by the anti-immigration PVV, Hero Brinkman, the MP who left the party on Tuesday, told a television talk show on Tuesday evening.

Brinkman said he could not rule out the money being used to pay for Geert Wilders’ defence on racial hatred charges but declined to comment further on what the money had been spent on. Nor would he comment on the size of the donations.

The PVV is thought to generate significant funding from Israeli and far-right supporters in the US.

Because the PVV has no members, it does not receive government subsidies to run the campaigning side of its operations and relies instead on donations.

Brinkman’s allegation about the PVV’s finances confirms what had already been revealed in the Dutch press. In 2010 Volkskrant and NRC reported that the two main US sources for Wilders’ funding were David Horowitz and Daniel Pipes.