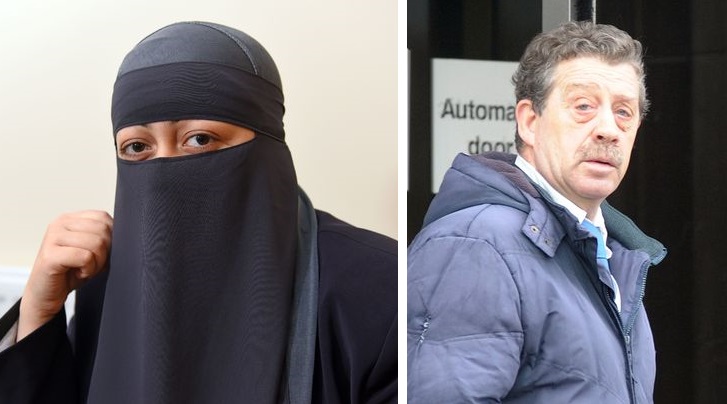 A mum whose religious veil was ripped off her face in the street last night hit out at the sentence handed to the racist who carried out the attack.

Emiliano Sanchez, 59, confronted Shirin Akter outside a Lidl store and asked her: “Why are you wearing this? This is not the Quran and it is not allowed in this country.” The Spaniard then pulled off her niqab and minutes later said to a Lidl worker: “Did you see that P**i? I told her to take that thing off her head.”

At Glasgow Sheriff Court yesterday, Sanchez admitted harassing Shirin and acting in a racially aggravated manner towards her in the city last November. Sheriff Alayne Swanson said the offence was “serious enough” for Sanchez to be jailed but instead ordered him to carry out 250 hours of unpaid work in the community.

Mother-of-one Shirin, 32, who wears a full-face niqab in public for religious reasons, said last night: “He should have been sent to jail. The fact that he wasn’t sends out the wrong message to people. Racism is something which shouldn’t be tolerated anywhere.

“I was left scared to go out with my six-year-old daughter and was living in fear of being attacked again. I was afraid every time I went out that it could happen again – it’s not the way people should have to live.

“I was very upset after the attack. I had a full face veil with just my eyes showing. It is important to me because it is my religious faith and I feel comfortable in public with it on.”

The court heard that Shirin had been shopping at a Lidl store in Glasgow’s Dennistoun. As she left the shop, she noticed Sanchez in front of her. He then hurled a tirade of abuse at her.

Prosecutor Scot Dignan said: “He then lifted his hand and pulled the niqab forcibly from her head. She was upset considering the religious implications.”

Sanchez then walked into the shop and said to a Lidl worker: “Did you see that P**i? I told her to take that thing off her head. This is Scotland – not the Quran.”

Shirin was still near the store when Sanchez left and Mr Dignan told how she “bravely chose to follow” the racist but he got away. Police were alerted but initially Sanchez couldn’t be traced.

However, his wife later went into the same Lidl store and the worker who Sanchez had spoken to after the niqab incident managed to find out from her where they lived. This information was passed to police and Sanchez was detained at his flat in the nearby Drygate area.

Sanchez’s lawyer Kevin McCarron described the incident as an “assault to her dignity”.

He added: “He has never behaved like this before – he just seems to have lost it. He’s of a generation who don’t quite appreciate the consequences of these actions. There isn’t a pattern of this type of behaviour. I suspect Sanchez and the lady involved have passed each other daily in that shop without incident.”

At court, Sanchez was also told he cannot approach or contact Shirin within the next 12 months.