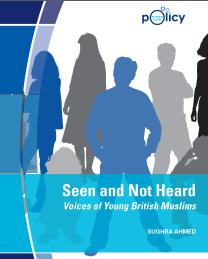 Many young British Muslims feel demonized by the police and the media and say they have come under pressure to prove their loyalty since the September 11 attacks and the 2005 London bombings, a study has found.

The report for the Policy Research Center, an Islamic think tank, was intended to give young Muslims their own voice to counter assumptions made by outsiders.

It said young Muslims had been portrayed in the media as a threat to society and often struggled to convince people that they can be both British and Muslim at the same time.

Public debate over immigration, nationalism and integration has left them feeling under attack, while Britain’s role in Iraq and Afghanistan has only increased the pressure. “As well as facing questions and challenges to their loyalty, young Muslims … are being pressed to define their identity in light of national and international events,” the report said.

Young Muslims are too often asked to prove that their religion is peaceful and they are law-abiding, the report said. “This is especially damaging when myths and stereotypes surmount accurate information, resulting in young British Muslims being portrayed as a threat to the wellbeing of the wider British communities,” it said.

Despite attempts by police chiefs to engage with the Muslim community, the report found many young British Muslims did not trust the police and felt harassed. The report blamed a dramatic rise in Muslims being stopped and searched in the street after the July 2005 suicide bombings, which killed 52 people in London.